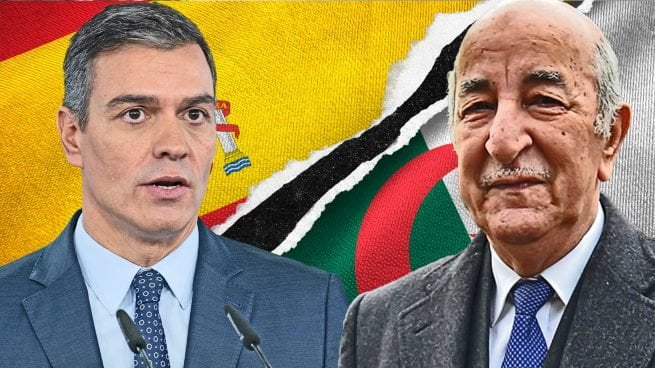 Posted at 09:58h in Uncategorized by Gisela Boada 0 Comments
0 Likes

Three months after the start of the diplomatic crisis between Algeria and Spain, today the Maghreb country applied the first retaliatory economic measure by freezing banking operations for foreign trade, although current gas contracts appear to be out of danger.relations between the two countries have been reduced to a minimum since yesterday Algiers suspended the Friendship Treaty due to Madrid’s “unjustifiable” turn towards Western Sahara, and trade prospects are facing an uncertain future, also for gas, as of Thursday.

Algerian experts consulted by Efe agree that, although the suspension of future operations affects all products – including gas – it does not apply to gas contracts, as they are long-term agreements that must be complied with.

The Algerian Ministry of Finance has not detailed the practical application of this measure, announced by the Professional Association of Banks and Financial Establishments (ABEF), which notified the national banks today.

The European Commission considered the North African country’s position “extremely worrying” and urged it to reverse the decision.

Algeria recalled its ambassador on 19 March, shortly after Spain’s change of position became known, which, moving away from the international consensus on the referendum on self-determination for Western Sahara, supported the Moroccan proposal for autonomy within Morocco’s borders.

The rift has been latent since then until yesterday when Spanish Prime Minister Pedro Sánchez again reiterated his support for the Moroccan initiative, and Algiers immediately went a step further by suspending the Treaty of Friendship, Good Neighbourliness and Cooperation, which for two decades has governed relations between the two countries, including economic relations.

Spain was Algeria’s third largest customer in 2021, behind Italy and France, and the Maghreb country, until this year the main supplier of gas to Spain, has been a priority partner in the region.

Algeria had given clear signs of cooling off with Spain, which it relegated as a strategic partner in favour of Italy, with which it signed an agreement in April to increase gas supplies in the coming years.

Spain, for its part, has prioritised the export of gas from the United States, which in recent months has surpassed that exported from Algeria via the Medgaz pipeline linking the two countries.

The issue of Western Sahara is untouchable for Algeria, which last year confronted Morocco to the point of closing the Maghreb-Europe gas pipeline in October. It is also a supporter of the pro-independence Polisario Front, exiled in the Sahrawi camps inside Algerian territory.

“The Spanish authorities have launched a campaign to justify the position they have adopted on Western Sahara, a violation of their legal, moral and political obligations as administrator of the territory that weigh on the Kingdom of Spain”, the Algerian presidency justified yesterday in a statement to escalate the crisis.

The Algerian president, Abdelmadjid Tebboune, blamed the deterioration in recent months directly on Sánchez, “not Spain”, for “breaking the whole” course of bilateral relations.

It remains to be seen how the freeze on direct debits, which does not apply to existing ones but will prevent new openings, will determine trade relations between the two countries, whose diplomatic ties are currently at a stalemate.

Spain’s response will determine how far Algeria, which usually takes its time before reacting, is able to go.